Putting a stop to the bully

This week is #AntiBullyingWeek where you will find campaigns online, in schools and in the workplace to make sure that people are aware of bullying, specific scenarios where it could happen and how to deal with it when it does.

Bullying can happen absolutely anywhere, to anyone. It varies in its forms, but the general rule is that an individual sets out to hurt someone else in one way or another. Bullying includes; physical assault, teasing, making threats, name-calling and cyberbullying.

Bullying doesn’t only hurt you emotionally, psychological bullying can have a huge impact on your physical health too. Stress, anxiety, panic attacks, high blood pressure, ulcers and difficulty sleeping are just some of the problems most commonly seen in people who are victims of bullying. What’s more worrying is that a lot of these conditions can lead to more serious illness, all because of bullying.

Bullying in the workplace

A lot of the time, bullying in the workplace involves a lot of exclusion. Perhaps the perpetrator excludes someone from meetings, information or news just to upset them. Sometimes it can be someone overloading another with work, even though they know they are setting unrealistic targets they might enjoy watching them struggle. But workplace bullying also includes all of the well-known methods such as unkindness, rude remarks and name-calling too.

If you or someone you know is suffering from bullying in the workplace the first thing you should know is that you are not alone, bullying is far too common and it doesn’t mean you’re weak, or an outsider, the bully is the individual with the problems. Secondly, it’s recommended that your first step should be to speak to the perpetrator directly to let them know they’re causing you distress. However, if it doesn’t stop, you will have to take things higher up.

Chris Kisby, an employment law partner at Shakespeare Martineau told Metro.co.uk, “The employee should also keep a record of their actions and any instances of bullying or harassment that might occur.” He goes on to say that after talking to the perpetrator and a continuation of the bullying, you should go to the line manager or someone in the HR team.

How you can help

If someone you know is being bullied, you need to support them throughout the process until it’s sorted. They need to know that you’re there to talk to because as a victim of bullying they will feel shut out from the world, they need to know their voice can be heard. Offer to help deal with the issue together so they understand that they’re not alone and importantly, stress that they haven’t done anything to deserve the behaviour they are receiving and that they deserve to be treated with respect. It may feel like you’re having to convince them of their own self-worth a lot of the time, but once they come out the other side a happier person, you’ll see how much your time was worth.

Did you know that General & Medical health insurance policies come with a free Health and Wellbeing service? You can get in touch with a team of professionals 24/7, every single day of the year and chat about your personal experiences in a safe and confidential environment. This includes an advice line for support alongside bullying and harassment, for when you need practical and emotional support the most.

We offer Private Health Insurance that can cover some pre-existing conditions. 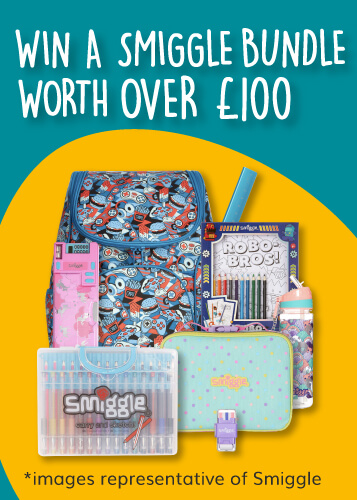 We're here to help you prepare for 'Back to School' and take the pressure off by offering you the chance to win Smiggle Bundle filled with over £100 worth of stationery must-haves for your kids, giving you one less thing to worry about! Terms apply.

We’re proud of our 5 Star service.

Our Private Health Insurance has been designed to suit all needs and budgets, take a look to see what covers we have available. You can also enhance your cover to include pre-existing conditions, add Multi-Trip Travel Insurance or include in-patient mental health treatment.