Local charity footie mission is ‘kicking up’ a storm for Macmillan

Former local footballer Marco Sementa has gone football crazy, fundraising for charity Macmillan in support of its vital work caring for people with cancer and their families.

Fundraiser Marco set up Marco’s Charity Mission with help from friends and colleagues and, with ten games under their belts and £2590 raised so far for Macmillan, Marco hopes to at least match this amount with a further ten games planned for the coming weeks. 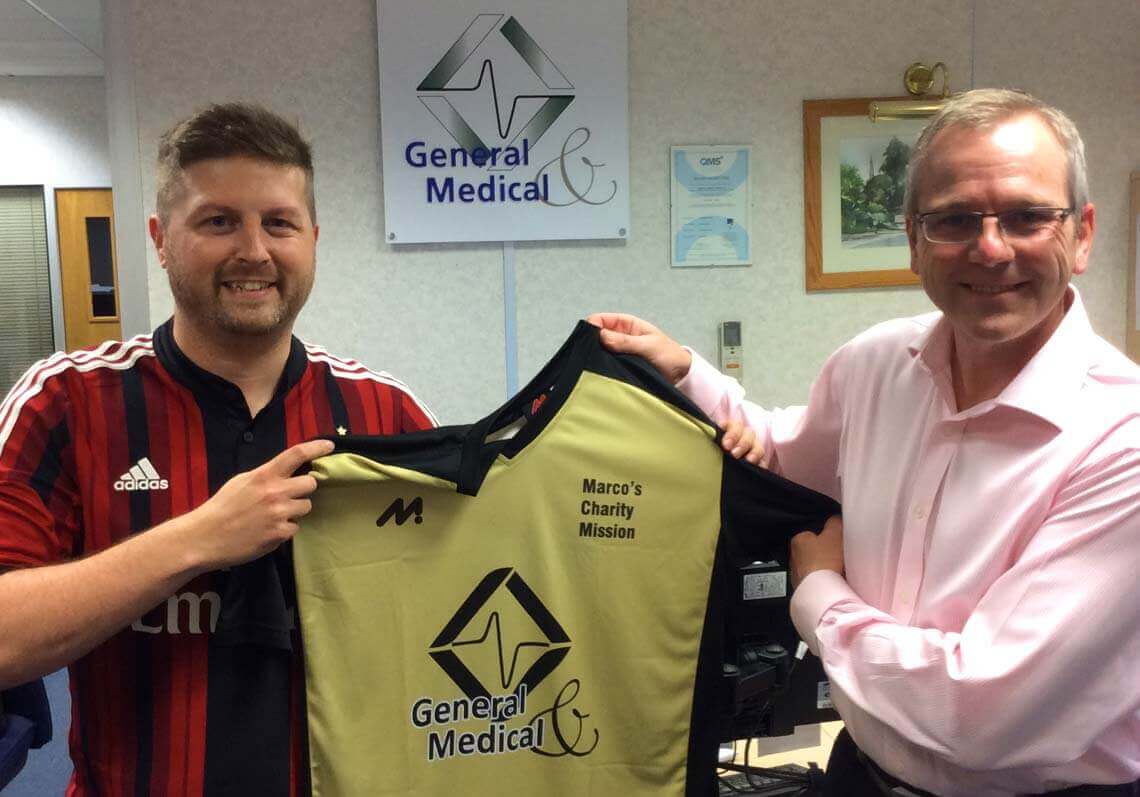 Organiser Marco Sementa says he has been blown away by the generosity of the general public. He says:

“Macmillan provide such fantastic care and support for people when they need it the most and I wanted to do something to help them continue this amazing work.

“With the recent heatwave, I must admit it’s been quite tough on the lads but they’ve soldiered on, sometimes playing despite the blazing sun and soaring temperatures and I’m really grateful for their effort.

“I have managed to get hold of most of my past team mates, from school mates to the team I last played for, some I have not seen for nearly 20 years. Over 100 local players have been involved and I even had ex team mates involved now living in New Zealand and America who were over on holiday.

“We’re hoping to raise as much cash as possible for Macmillan so please consider donating.”

Marco says that since he sadly lost his Mum he has been dedicated to raising as much money for charity as possible, and he shows no sign of slowing down.

General & Medical Healthcare is sponsoring some of the kit for Marco’s Charity Mission and two of the G&M sales team Michael Sherman and Tom Dobrowolski are also on side for many of the matches.

Marco’s handpicked team Sementa 11 are set to play toe to toe against the Sherman 11 team on August 25th at Yaxley Football Club with a 7pm kick off - members of the public are welcome to come along and cheer on the team of their choice and hopefully donate a few pounds.

“I’m pleased to be doing my bit for Marco and his charity mission – he has worked tirelessly to raise money for various charities in recent years and deserves our full support so please dig deep!”

“I’m hoping some of the general public will come along on the 25th and support us (*cough* Team Sherm) and possibly even donate a few pounds for Macmillan.”

There’s no limit – not even the sky!

Veteran charity fundraiser Marco has totted up more than £30,000 in funds for a number of charities, including the Make A Wish Foundation, East Anglian Air Ambulance, STEPS, Sue Ryder, Macmillan Cancer Support and Cancer Research UK via a range of events and activities, including leaping out of an aircraft for a sponsored sky dive, copious cake sales and quiz nights.

Last year, Marco set himself a target of performing 365 acts of kindness to raise further funds – which included buying hat scarf and gloves for a homeless man in the winter to abseiling down the Park in Hotel for the East Anglian Childrens Hosptial, to leaving surprise gifts and many more.

“We are proud to get behind this fantastic cause in support of Macmillan but also of the efforts of our team players Michael and Tom. We wish Marco the best of luck with the rest of his fundraising mission.”

Want to get involved?

Our Private Health Insurance has been designed to suit all needs and budgets, take a look to see what covers we have available. You can also enhance your private healthcare cover to include pre-existing conditions, include in-patient mental health treatment and more.